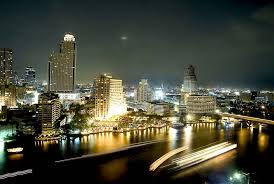 Martial law in Thailand and the housing market

The army has taken over the reins of government amid a political crisis in Thailand “to preserve law and order”. The intention is apparently to calm the situation, while working for a compromise between reds and yellows after eight years of upheaval, which have pitted the largely rural supporters of populist former Prime Minister Thaksin Shinawatra against Thailand´s traditional elites.

The army has taken over the reins of government amid a political crisis in Thailand “to preserve law and order”. The intention is apparently to calm the situation, while working for a compromise between reds and yellows after eight years of upheaval, which have pitted the largely rural supporters of populist former Prime Minister Thaksin Shinawatra against Thailand´s traditional elites.

The populist businessman and politician Shinawatra was first removed from power in 2006 by the army, and then fled Thailand in 2008 after being given a jail term for corruption.  His allies then won the first post-coup polls, but were later removed by the courts.

In 2010, his supporters occupied parts of Bangkok, where around 100 people died amid clashes and the following crackdown. In the elections of July 2011 Shinawatra´s sister, Yingluck, came to power in a landslide, and has faced rising protests from the yellow shirts.

She was then removed by the courts, and her government has now been ousted by the military.

The problem seems insoluble.  The people keep electing Shinawatra and his allies, but the elite won´t wear it, for good reason.

Do the military and the elite have the right to prevent the country being ruined by the results of the popular vote?  Whatever the answer, the divide is deep, dangerous and will surely lead to disruption and bloodshed.

Thailand´s economy has a long record of ignoring coups.  The army has staged at least 11 coups since the end of the absolute monarchy in 1932.  Yet Thailand’s economy grew by an average of 5% annually from 1999 to 2007.

Recent disruptions did slow growth to 2.9% in 2013, a sharp slowdown from a real GDP growth rate of 6.5% in 2012, according to the International Monetary Fund (IMF).  But there is no evidence that Thais cannot combine work and street-fighting.  It´s almost a tradition.

Property demand has been soaring. The value of land and building transactions surged by 16.5% in 2013 to THB991.3 billion (US$30.6 billion), according to the Department of Land, Ministry of Interior. The Central region accounted for about 62% of all transactions, followed by the Eastern region (13%) and the Northern region (9%).  Total property credits outstanding rose 14.4% in 2013, to THB2.05 trillion (US$63.2 billion), according to the Bank of Thailand.

All this happened while demonstrators were fighting in the streets.

Nevertheless, political instability has a price.  Industrialists and investors are scaling down their investment.  The economy is projected to grow by a modest 2.5% this year.  A warning sign: LPN Development, Thailand’s biggest condominium developer, recently cut its new project plans by almost 50%  in 2014 due to the ongoing political turmoil and sharply slowing economy.

Now the initiative is with the army, whose job it is to knock some sense into the warring parties´ heads.  This will not be easy.  The King is old and relatively inactive. There is little confidence in the succession. So, expect a sharp slowdown.  Temporary or long term, who can tell?  If history is a guide, this too will pass.

The economy is projected to grow by a modest 2.5% this year and another 3.8% in 2015, according to the IMF. However, other agencies are now projecting below 2% economic growth for Thailand, as the country is embroiled in political unrest.

The political crisis started in late 2013 when the government of Yingluck Shinawatra attempted to pass a political amnesty bill that critics claim would allow Thaksin Shinawatra, an ousted Thai leader and a brother of Yingluck, to return from exile. The move brought tens of thousands of protesters to the streets of Bangkok.

Aggravating the situation, a court then ordered the removal of Yingluck Shinawatra from office, along with nine other cabinet ministers. Shinawatra was alleged to have abused her power related to the removal of Thawil Pliensri as secretary-general of the National Security Council in 2011.

“The imposition of martial law is not, in itself, negative for Thailand’s ratings, although clearly we are keeping the situation under close review,” said Andrew Colquhoun, Head of Asia-Pacific Sovereigns at Fitch Ratings. “It may even help to break Thailand out of the political deadlock of the past six months, by which the two sides have failed to agree on arrangements for new elections.”

However, the economy is under pressure:

Consumer confidence tumbled to a 12-year low in February 2014, and is expected to continue falling in the coming months, according to the University of the Thai Chamber of Commerce (UTCC).

Exports and imports are slowing.  Exports, which account for more than 60% of the country’s economic output, are also faltering. In January 2014, total exports fell by 1.98% from the same period last year, according to the Commerce Ministry. As businesses delay their orders, imports also plunged by 15.5% in January 2014 from a year earlier, the biggest fall since October 2009.

Consumer prices in the country are expected to increase by about 2.4% this year.

What will be the inpact on tourism?  Till recently tourism was little affected by the uncertainty.  Tourist arrivals surged by 20% in 2013.  But now more than 45 countries have issued travel alerts for Thailand. The government estimates tourism losses for January alone at US$685 million.

For sure the army takeover will not help, since tourists do not generally travel to see tanks in the streets.

The average rental yield in Bangkok is now around 6.2% in May 2010, down from around 7.2% in 2009, according to the Global Property Guide research. Higher yields are realized from condominiums measuring between 45 and 80 sq. m., with yields of around 7%.

In Pattaya, foreigners are shifting from buying residences to renting, at monthly rentals ranging from THB 50,000 to THB 90,000, according to Clayton Wade of Premier Homes Real Estate. Demand for rentals in Pattaya grew strongly when the baht began strengthening against the US dollar.

There were concerns, however, about the BOT’s timing, given the weak economy in October. Baht appreciation may occur as interest differentials with the US widen, while higher costs will hit borrowers when banks follow the rates increase. However so far, the Government Housing Bank (GHB) interest rate has been constant since May 2009, at 6.75%.

The BOT has released new rules in response to public anxiety that Thailand faces the risk of another property bubble, particularly in the condominium sector.

Risk weightings are used to calculate the minimum amount of capital required to support lending. The higher the risk, the greater capital is required by banks leading to increased overall costs in the form of higher interest rates.

In fact, a bubble is unlikely in the Thai property market as prices have risen naturally in the past three years, according to the Government Housing Bank (GHB), a state-owned lending agency. GHB’s president Khan Prachuabmoh insists that there is nothing unusual in the present situation, despite the substantial recent increases in low-end supply.

Real demand, not speculative demand, exists for low-rise housing below THB 3 million (USD99,100), which accounts for 70% of the market, according to Housing Business Association (HBA) president Issara Boonyong. The remaining 30% of demand comes from investors, who buy homes to generate rental income. The 23,000 registrations of new condo units in the first nine months of 2010, compares with 29,000 registrations of low-rise residences, adds Boonyong.

Demand for residential projects is expected to grow by at least 7% in 2011 despite the BOT´s measures to control the property sector, says Thongma Vijitphongpun, chief executive officer of Pruksa Real Estate.

The new rules are unlikely to affect demand, he adds, as down payments on residential projects are usually at least 10%. This is true for both condominiums and low-rise residences.

The low-rise residence market is expected to recover after the mass transit system expands to Bangkok’s neighboring provinces including Nonthaburi, Samut Prakan and Pathum Thani, according to deputy-governor Teerachon Manomaipibul of the Bangkok Metropolitan Administration.

Demand for rental units in city condominiums continues to grow from both local and foreign tenants as returns are higher (6-10% per annum) compared to saving in a bank, since interest rates for saving deposits linger below 2%, according to Asian Property Development’s senior vice-president Poompat Sinacharoen.

Somewhat confirming this, the preliminary figures for personal housing credit in Q3 2010 stood at THB 1.058 trillion (USD35 billion), up by 14.7% y-o-y, according to the BOT. The strong growth may be due to the special mortgage campaign launched by the Siam Commercial Bank, the biggest mortgage lender in Thailand.

The campaign allows borrowers to pay monthly installments as low as THB 1,000 (USD33) in the first year for each THB 1 million (USD33,000) taken out, tied with a special interest rate of 1% during the period. The campaign was offered until the end of December 2010. 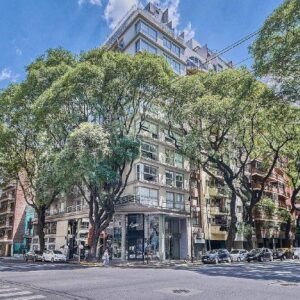